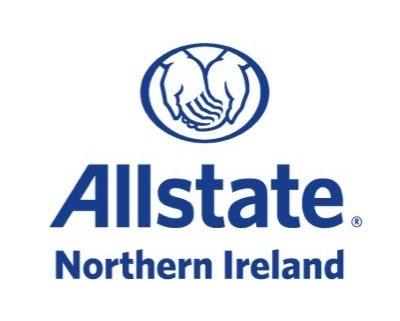 MULTI-award winning technology giant Allstate is in negotiations to move into a new purpose-built 850-seat flagship office block in Derry, the Irish News can reveal.

The company, one of Northern Ireland’s first major IT inward investors, is understood to have identified a site at Ebrington, and expects the building to be open within two to three years.

The ambitious move will consolidate its operations in the north west, where it already employs around 800 staff at sites in Derry’s Northland Road and in Strabane.

The existing city office is likely to close under the new arrangement, but the Strabane facility will be retained, and it is thought a significant number of new jobs will be added to its current 2,100-strong payroll.

The company would not reveal exact details of the relocation when contacted by the Irish News given the early stages of its vision.

But a spokesman confirmed that “our real estate team in the US is currently in talks with developers” about creating the new Derry hub.

Allstate is already running at maximum capacity in Derry, and such is the speed of its organic growth that is it having to hire 100 seats at the Catalyst science park building in the city just to alleviate its current capacity problem.

A wholly-owned subsidiary of the Allstate Corporation, the largest publicly owned property and casualty insurance company in the US, Allstate has been a significant part of the business landscape in Northern Ireland for 20 years.

And its latest expansion will be seen as demonstrating confidence in the region’s highly educated workforce, competitive cost base and its research and development capability.

The Derry facility will be a slightly smaller scale version of the new 140,000 sq ft headquarters building which Allstate opened at Mays Meadow in Belfast last June as part of a £30 million investment.

The project also involved extensive refurbishment of the tow path, adjacent boat marina and a restaurant unit at ground level.

At the time, Allstate NI’s managing director John Healy described the office as “a truly ground-breaking facility – an inspirational working space fit for a world-class technology organisation with a commitment to innovation, imagination and building digital technology of the future.”

The company first dipped its toe into the Northern Ireland market in 1999 as Northbrook Technology before rebranding to Allstate in 2008.

Throughout its history the company has consistently reinvested to become one of the biggest employers of tech talent in the north.

Total financial assistance offered by Invest NI to Allstate over the past 20 years is £27.2 million.

At the opening of its Belfast headquarters last year, Secretary of State Karen Bradley said: “Allstate has been instrumental in showing that, with ambition and vision, a company can grow its workforce tenfold.

“Not only have they created one of Northern Ireland’s first major IT inward investors, but they have tapped into the wealth of talent that the local workforce provides to overseas investors, providing high-quality jobs across Belfast and the north west.

“By continually investing in their staff, and their research and development into IT excellence, the Northern Ireland team are at the forefront of digital innovation. I thank them for the pivotal role they play in developing a Northern Ireland economy fit for the future.”