News
You are here: Home / News / Arts and Culture / The Foyle Maritime Festival returned to the banks of the River Foyle

After a four-year absence, the award-winning event has returned with exciting live performances, shop tours, water sports, LegenDerry food trails and much more.
The Clipper Round the World Yacht Race also made a welcome return to the Maiden City.
This year’s theme is What Lies Beneath, focused on the natural beauty of the oceans, rivers and lakes, and how we can protect marine life.

On Friday, July 22, the River Foyle was illuminated by a Parade of Light featuring the Clipper Race Fleet and the Phoenix Tall Ship, a synchronised fireworks display, and an hour of illumination, performances and installations along the quay from early evening through to midnight.

On Sunday, July 24, the Mayor of Derry City and Strabane District, Councillor Sandra Duffy, joined the crowds on Derry’s quayside to bid farewell to the Clipper Race fleet as they left the city on the final leg of their global adventure. The eleven Clipper 70 racing yachts have been central to the festivities throughout the Foyle Maritime Festival, and there were emotional scenes as they embarked on a beautiful Parade of Sail up the Foyle before heading for the final race start in Greencastle. 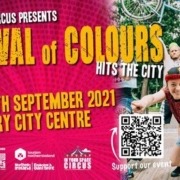 Derry's Favourite Circus Festival Is Back! Carnival Of Colours Hits The City For 2021 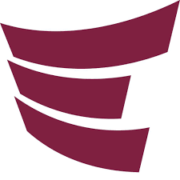 Our Place in Space is Ready for Launch

‘Cool, credible, cheap’ Derry named one of best places to live in UK