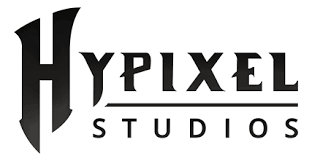 Hypixel Studios, the videogame developer behind upcoming title Hytale, will establish its headquarters in Derry~Londonderry as part of its acquisition by US-based developer and publisher Riot Games.

Hypixel Studios was established in 2018 as a spin-off of Hypixel Inc, the creators of one of the world’s most popular independent game servers, with a leadership team including Derry~Londonderry natives Aaron ‘Noxy’ Donaghey and Sean McCafferty. The studio has traditionally operated entirely remotely, with a geographically-dispersed team of over 40 developers. In December 2018, the company announced its debut title, Hytale, a community-powered game that allows players to go on adventures in a block-based fantasy world, express their creativity through extensive built-in customisation tools, and compete in quick and accessible online minigames.

Hytale has received a monumental reception from the gaming community. It has amassed over 2.5 million sign-ups for its forthcoming beta testing program, and its debut trailer has received millions of views on YouTube. It was nominated for ‘Most Anticipated Game’ at the 2019 Golden Joystick Awards. In November 2019, Hypixel Studios announced that it is planning for Hytale to be playable by everyone in 2021.

Hypixel Studios today announced its acquisition by Riot Games, the developer and publisher best known for League of Legends. Hypixel Studios will continue to operate as an independent studio while leveraging Riot’s expertise, technology and resources to support the development of Hytale, including the establishment of the company’s first physical office in Derry~Londonderry.

“When the question of where to set up came into the conversation there was no doubt in my mind that we should set up in Derry~Londonderry,” said Hypixel Studios Chief Executive Officer Aaron ‘Noxy’ Donaghey. “Many members of our team have enjoyed visiting the city over the years, and as a base to develop many of our team’s functions, it has both the talent pool and – more importantly – the spark of hunger necessary to ignite creativity.”

“As part of our acquisition, we had the opportunity to pick almost anywhere in the world, but one of my favourite sayings is ‘when the roots are deep, you need not fear the wind’ – and Hypixel’s roots in Derry and Northern Ireland are deep,” Donaghey said. “It may seem strange to be announcing such a move in the middle of the COVID-19 crisis, but games and home entertainment are now more important than ever and we have a community of millions to be looking after. Our company HQ will be the nexus for these ongoing efforts.”

The present COVID-19 crisis means that an opening date for the new office cannot currently be set. When it opens, the Hypixel Studios office will act as a base for back-office functions and quality assurance throughout the development process. Hypixel Studios is initially hiring 20 highly skilled new positions in these areas, all based in Derry~Londonderry. The company anticipates further growth as development of Hytale continues and the needs of the project evolve.

“Our offices in Derry will be the backbone that allows our remote development team to work effectively,” said Hypixel Studios Chief Operating Officer Sean McCafferty. “There, we will not only have our back-office services such as finance, recruitment and general operations, but as we move through the year we will be ramping up areas such as quality assurance while providing a space for our remote workers to congregate a few times a year.”

“I’ve been in game development for 20 years at this stage, always working around the north west and Derry~Londonderry specifically,” McCafferty said. “It has been my greatest wish to bring game development, wholesale, to the place in which I grew up. Having worked in the space for this length of time and to be finally in a position to help bring a game studio to ‘the town’ is something incredibly special to me – a life-long wish that is finally coming true.”

Richard Williams, CEO of Northern Ireland Screen, said; “We are absolutely delighted that Hypixel Studios is setting up its latest hugely ambitious games venture in Derry~Londonderry with the support of Riot Games, one of the biggest game publishers in the world.  We are in no doubt that this hard won next step for Aaron and Sean is hugely important for the video games sector in Northern Ireland.   Hypixel Studios and Riot Games can do for the games sector here what HBO and Game of Thrones did for the TV drama sector.“

In addition, advice has been provided by Derry City and Strabane District Council.

Kevin O’Connor, Head of Business for Derry City and Strabane District Council, said: “Derry City and Strabane District Council have been delighted to coordinate with Hypixel Studios over the last number of months. The selection of the North West is a further endorsement of the City/Region as a key investment location. The availability of a highly skilled talent pool, world-class digital connectivity and unparalleled quality of life have obviously featured heavily in this decision. This is an exciting development for the City providing well-paid jobs in a growing sector of the economy “

For more information on Hypixel Studios and Hytale, visit www.hytale.com