News
You are here: Home / News / Events / The curtain fell on the 31ST FOYLE FILM FESTIVAL following another successful...

The theme of the 31st Foyle Film Festival was VOICES, and the programme marked a number of important milestones with special screenings and events that, in one way or another, gave voice to significant world events. 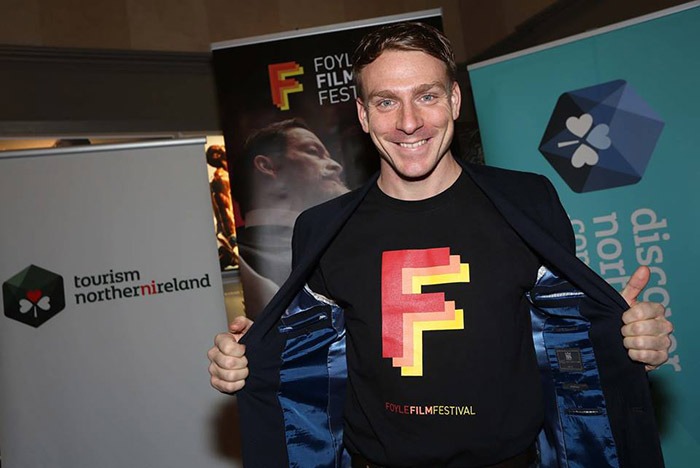 100 years of Women’s suffrage was acknowledged by placing women’s voices at front and centre of the festival programme – with Keira Knightley headlining the Opening Night film Colette about a young woman extricating herself from her domineering husband to carve out her own path in life. In The Wife, the brilliant Glenn Close plays a devoted wife who eventually finds her voice after forty years of marriage to an unfaithful husband. For decades Yayoi Kusama’s work pushed boundaries. She was an underdog with everything stacked against her – the trauma of growing up in Japan during World War II, life in a dysfunctional family, sexism and racism in the art establishment, mental illness in a culture where that was a particular shame. In spite of it all, Kusama has endured and has created a legacy of artwork that is inspiring. Bad Reputation chronicles the life of Joan Jett, from her early teenage years as founding member of The Runaways to her enduring presence over four decades later as a Rock ‘n’ roll icon. While Maggie Gyllennhaal closes the festival with The Kindergarten Teacher – a role that many have heralded the finest performance of her career.

The festival responded to the events in Northern Ireland from 1959 to 1974 highlighted in Nerve Visual’s latest exhibition, Speeches, Strikes and Struggles: Curating Conflict, led by the Tower Museum with special screenings of I, Dolours with special introduction and post screening discussion with acclaimed journalist and the film’s producer Ed Moloney. I, Dolours is a compelling film that explores the life of IRA activist Dolours Price. While journalists Barry McCaffrey and Trevor Birney took part in a discussion following a special screening of their documentary No Stone Unturned – which deals with the Loughinisland massacre.

On a lighter note, Disney returned to the Foyle Film Festival with a Special Preview screening of Ralph Breaks The Internet.

FFF hosted a special weekend programme as part of Anim18 exploring the history of animation in Northern Ireland and introducing audiences to the often-unsung local pioneers of the artform.

Other Special guests of the festival included Edwin Thomas – one of the stars of Rupert Everett’s latest film The Happy Prince. While the festival’s annual Shorts To Features Conference played host to director Mat Whitecross (Supersonic – biopic about Oasis – and Coldplay: A Head Full of Dreams which is an intimate portrait of Coldplay’s rise to fame. Producer of Sea Sorrow Carlo Nero took part in a post screening discussion about his mother Vanessa Redgrave’s directorial debut and her life long struggle to fight for human rights around the world. Other guests included writer Rory Gleeson whose short film Psychic (which was directed by his father Brendan Gleeson) competed in the Best Irish Shorts category of the Light In Motion (LIM) Short Film Competition.

The 31st FFF concluded on Sunday 25 November with the announcement of the Light In Motion Competition winners at Brunswick Moviebowl. Irish filmmaker Ian Power took home the award for Best Irish Short Film for his film Tattoo, qualifying it for Oscar® consideration. I Made This For Mum, by Dutch filmmaker Melanie Essink, took the top prize in the category of Best International Short – making it eligible for Oscar® consideration. While the award for Best Animation went to Sister – by Chinese director Siqi Song. The awards, sponsored by City of Derry Crystal, were presented ahead of the packed Closing Gala screening of The Kindergarten Teacher in Brunswick Moviebowl, bringing to a close ten days of premiere screenings, special guest discussions and industry networking.

Foyle Film Festival is funded by the Department for Communities through Northern Ireland Screen, Derry City and Strabane District Council and Tourism Northern Ireland. The festival acknowledges the ongoing support of City of Derry Crystal, and venue partner Brunswick Moviebowl.

Fashion Fest puts on another dazzling designer display at sold out show to rival...

Fly from City of Derry Airport to Glasgow with Loganair this season!
Scroll to top