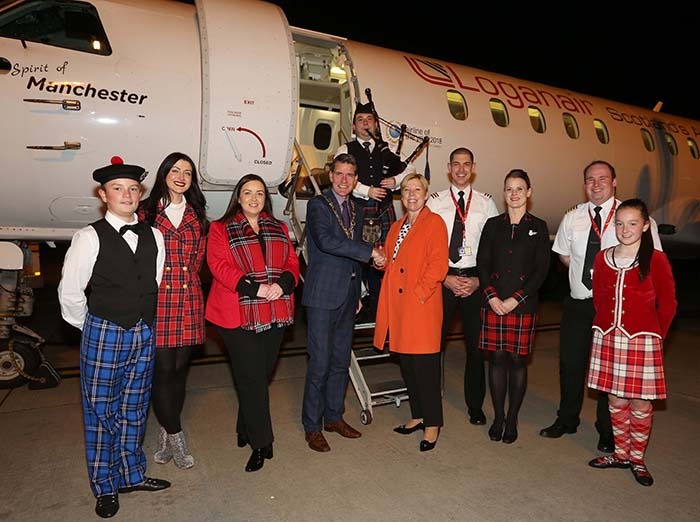 Loganair’s new service between City of Derry Airport and Glasgow International is now underway, with the airline reporting strong sales from both business and leisure travellers.

The new route, which operates five times a week between the two airports, has also acted as a catalyst for in-bound tourism to Derry-Londonderry and the region.

Mayor of Derry and Strabane District Council, John Boyle, formally welcomed Loganair’s Commercial Director Kay Ryan to the airport after the arrival of the inaugural flight in March.

Ms Ryan said: “The cities and their populations share very close connections, and this is being reflected via ticket sales. Whether it is family ties or football teams, business or leisure, this is a popular link in both the West of Scotland and Derry.”

She added: “We’re also pleased to be able to offer onward connections through Glasgow with our large network of airline partnerships including Emirates, KLM, Air France and Thomas Cook, allowing for global travel, often on one ticket.”