News
You are here: Home / News / Blog / FinTrU to create over 600 new jobs in Belfast and Londonderry as part of... 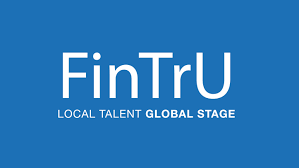 Invest Northern Ireland’s Chief Executive, Alastair Hamilton has announced that 605 new jobs are to be created by multi-award winning financial services firm FinTrU over the next five years.

This significant expansion by FinTrU will see it establish a new operation in Derry with 305 new jobs and create a further 300 new roles in Belfast.

Welcoming the major investment, Alastair Hamilton said: “Today’s announcement is another significant re-investment by FinTrU which will create over 600 new jobs for graduates and professionals in the Financial Services industry.

“We are delighted to have played such a significant role in the company’s rapid growth to date. The new jobs to be recruited over the next five years will generate over £15million in additional annual salaries for the local economy.

“The company will create 305 of the new jobs in Derry which is a great endorsement of the wealth of talent in the North West. This investment will also make a significant contribution to Northern Ireland’s flourishing Financial Services sector and will deliver a projected £20million in additional new export sales for the company.” continued Alastair.

FinTrU provides regulatory resourcing services, including legal, risk, compliance, KYC, operations and consultancy, to Investment Banks and other financial institutions. It established its Belfast centre of excellence in 2014, with initial plans to recruit 80 staff and has since grown successfully to now employing over 240 staff.

Darragh McCarthy, FinTrU Founder and CEO said: “Our current operation in Belfast has been hugely successful which has been driven by the exceptional talent we have been able to recruit in Northern Ireland. FinTrU has won two ‘Fast Growth Business of the Year’ awards in 2018 and we are delighted to continue our expansion in other areas of Northern Ireland.

After reviewing a number of locations, I had no hesitation about expanding our presence into the North West due to the highly attractive location and the availability of talent that the region offers. Whilst managed as a profit-driven organisation, I see FinTrU as having a social purpose to create high-quality professional employment in Northern Ireland.

“After reviewing a number of locations, I had no hesitation about expanding our presence into the North West due to the highly attractive location and the availability of talent that the region offers. Whilst managed as a profit-driven organisation, I see FinTrU as having a social purpose to create high-quality professional employment in Northern Ireland.”

Darragh, who is a finalist in this year’s EY Entrepreneur of the Year Awards, added: “Our partnership over the last few years with Invest NI has been invaluable to our growth. We are also working with the Department for the Economy through its Assured Skills Programme, Belfast Metropolitan College and the North West Regional College to establish a Graduate Academy which will result in a considerable investment in training for our new employees.”

Noel Lavery, Permanent Secretary at the Department for the Economy said: “Since 2014 we have worked with FinTrU helping them recruit the talent they need to grow their business through the Department’s pre-employment skills training programme, ‘Assured Skills’.

“175 of the current FinTrU staff complement are former Assured Skills Academy graduates, highlighting the impressive talent we have in Northern Ireland. It is planned that, over the next 5 years,500 of the 605 jobs announced today will be delivered through a series of future Assured Skills Academies, providing high quality employment opportunities for graduates in the growing financial services sector.”

Advertisement
Other
Analytics
Performance
Save & Accept