News
You are here: Home / News / Blog / Innovation at the heart of North West Brewery 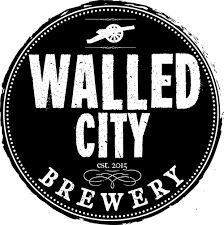 Innovation at the heart of North West Brewery

Master Brewer, James Huey used an Invest NI £5,000 Innovation Voucher to develop the recipe for its ‘1689’ Mumm ale, which comes from a recipe dating back to the Siege of Derry.

Dr Vicky Kell, Invest NI’s Director of Innovation, Research & Development said: “Walled City Brewery is an example of a small company with big ambition. The Innovation Voucher enabled Walled City Brewery to work with the Foodovation Centre at North West Regional College, perfecting the first alcohol product to be developed at the state-of-the-art new food technology facility. Using the Voucher to access relevant expertise at an early stage has greatly increased the focus and potential success of the product.

“Our Innovation Voucher programme is a valuable assistance mechanism for ambitious companies who wish to explore an idea that could help them compete more effectively in global markets.”

Master Brewer, James Huey explained,“With the help of Invest NI and an Innovation Voucher, I am delighted Walled City Brewery has produced a product that the city can be proud of, that is immersed in history and reflects the fantastic array of local ingredients that we have in the North West.”

The Innovation Voucher facilitated recipe formulation, ingredient selection, testing and shelf life. From research it was established that the original recipe had more than 77 different herbs and spices and more than 30 per cent of the ingredients were extinct with a further 20 banned by World Health Organisation. And with the help from the innovation voucher, alternative ingredients were found.